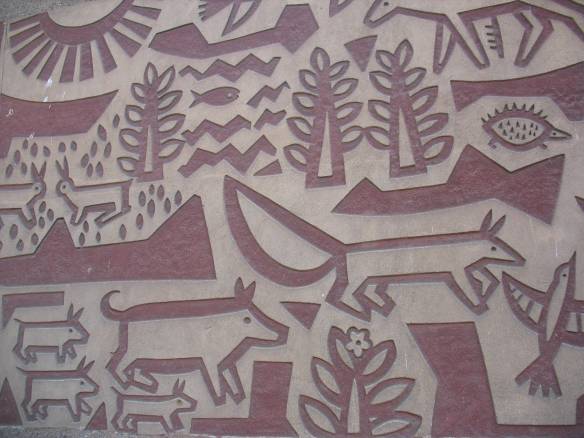 This beaut can be found on the facade of the deceptively grand-sounding Villa Murkelmeier nursery school in Sebastianstrasse 22. It’s located amongst the peculiar mish-mash of overgrown plots, luxury flats and council houses which characterises the Mitte/Kreuzberg border. The Berlin wall stood directly behind the building. The Villa is a former creche built in the 1960s. It’s been miraculously renovated from the inside, thus sparing the exterior from destruction. Hurrah! 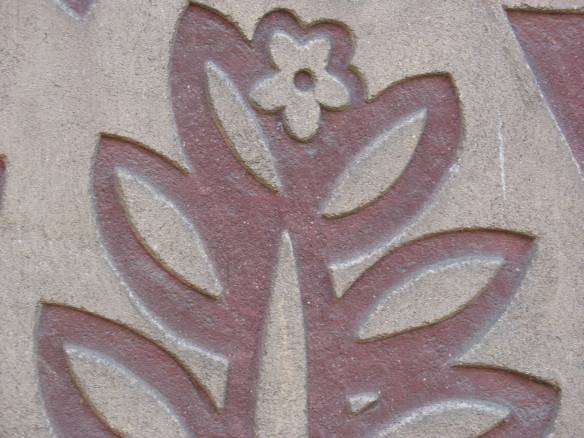 P.S Apologies for ropey pic quality.South facin’ guv.Will prob go back and try to get some better ones.

An exhibition documenting the work of Kunst am Bau, a GDR artists’ collective, opens in Dresden this Saturday. KaB worked on many of the large scale urban developments in East Germany and shaped public art across the country . Formed in 1958, the group consisted of painters,architects, graphic designers, and ceramists. They produced around 2,500 works in Dresden, Halle, Leipzig & Berlin, including mosaics, murals, sculptures, fountains, molded walls (including the distinctive rippled walls), structural walls & playground features.

Despite being dependent on state patronage and approval, the group didn’t really subscribe to the official Socialist Realist style & embraced more radical styles such as abstraction and cubism. The work was space-age, utopian and pretty outlandish. Have a look at the elephant pictured below, built from prefabricated components: 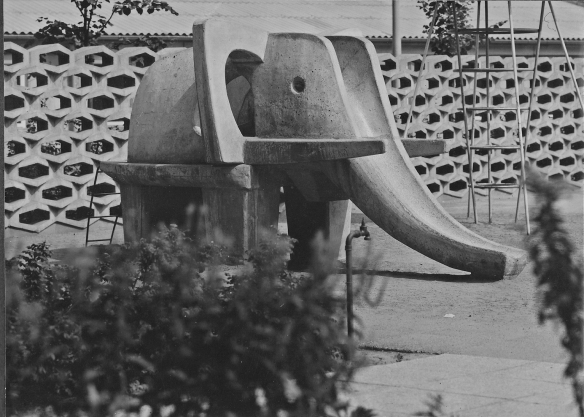 The group was dissolved in 1990.
In years following the Wende, many of their works were destroyed and/or fell into disrepair.
The KiB exhibition brings together some of the KiBs surviving works, removed from their original architectonic contexts, photos of the ones which didn’t survive, as well as documents relating to the state commissions, and reflects the renewed interest in the once discredited visual culture of the GDR.

The exhibition is in their former studios in southern Dresden and runs til the 25. Sept.

East Germany’s most prominent artist, and the man behind many a brilliant mosaic,Walter Womacka, has sadly died. Gawd rest his soul. 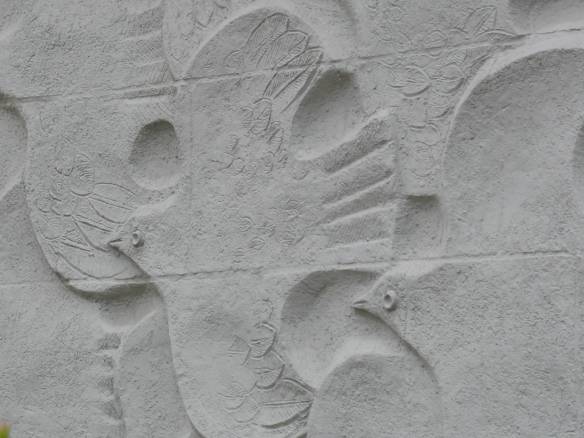 This relief of some doves adorns(!) the front of the Kaiser’s supermarket on Revaler/Warschauer Strasse in Friedrichshain.

Predictably, I have no provenance info about the relief, but since it is so thematically East German (the dove is a common icon in GDR art), looks like it was done in the 70s or 80s, and because the building used to be a GDR supermarket (HO Kaufhalle),  I think it’s safe to assume that it’s a product of the Workers’ & Peasants’ state. 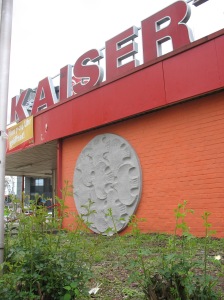 Update 29th Sept 2011: The relief has been removed. The supermarket’s gone 24 hour, and the exterior’s been painted black, presumably in attempt to appeal to the local ageing punk & emo fraternity. Attracting GDR design obsessives seems to be a bit lower on Kaiser’s agenda.