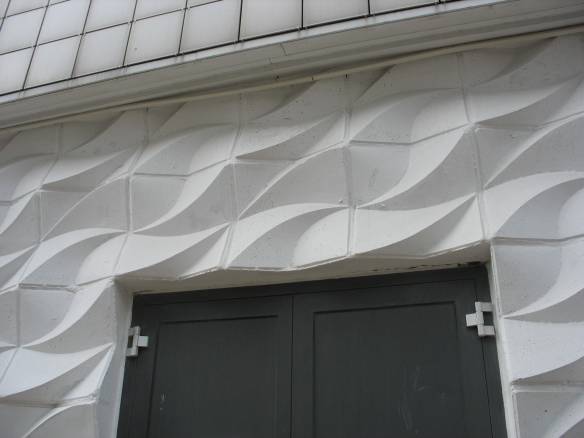 This rippled facade can be found at the bottom of a highrise on Krausenstrasse/Leipzigerstrasse in Mitte. The building is part of the Komplex Leipzigerstrasse, a series of tower blocks designed by Werner Strassenmeier and the Joachim Näther collective, which were built from 1969 onwards.  I assume there’s no immediate risk of it being removed, as the building has already been renovated once since the Wende. But you never know….

The Komplex buildings were formerly known as the ‘Springerdecker’, because were apparently built to obscure the news tickers on the top of the GSW building next door in the West, as well as the source of the news itself, the Axel Springer building. The architects subsequently denied that, however. The more flashy tower blocks on the northern side of the Komplex were used to accomodate foreign diplomats, western journalists and, of course, the Stasi.

The ground floor space behind this facade was formerly home to the marvellous Museum of Letters and is now occupied by a nursery. The rest of the building is primarily inhabited by East German pensioners and a few upwardly mobile types. I bet the former could tell the latter a tale or two. 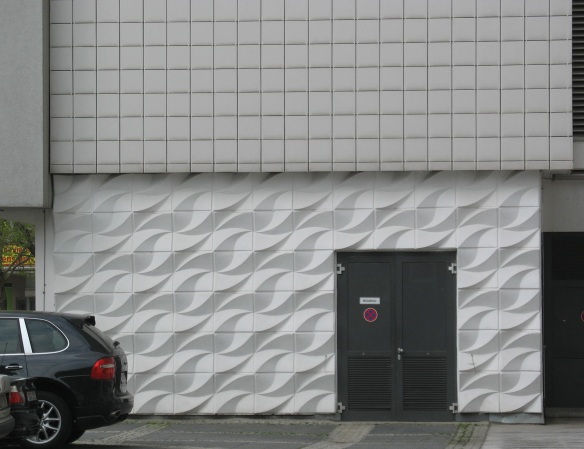